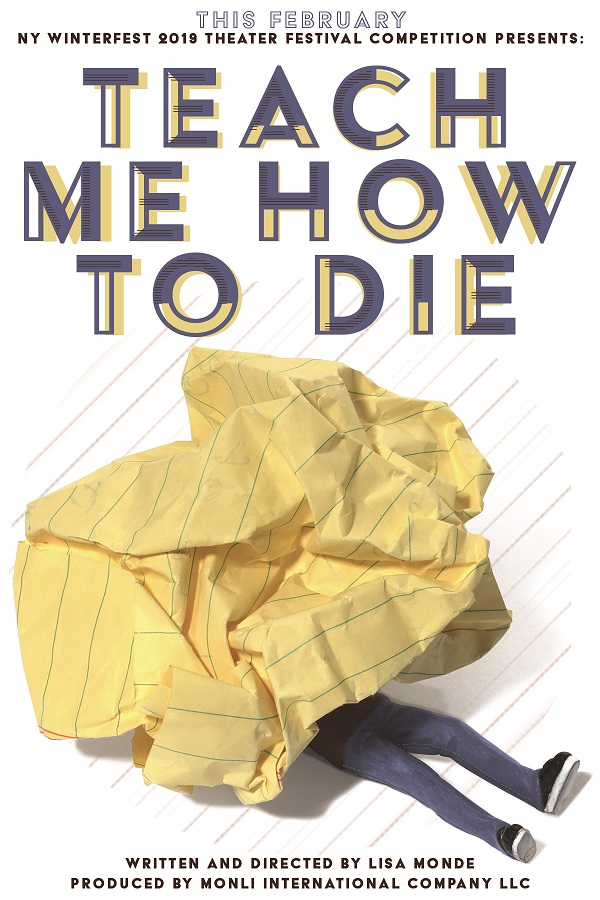 Premiered on: February 4 2019, at the Hudson Guild Theater, NY as part of the WinterFest 2019/ with Lisa Monde playing the Poet.

Brief summary: Six anonymous participants, five men and a woman are learning the art of writing suicide notes. All of them have made a decision to end their earthly existence and don’t know how to properly execute their divorce from life… Will Professor Mirrormord be able to teach them the impossible? Will they follow through with their plans? Will the shadow of a cobweb become the salvation and bring back the faith in a new future?

Review in Broadway World is here.